When I was a kid, 2020 always sounded like a distant, unreachable year that would consist of flying cars and the people of earth living on settlements on distant planets.  Yet, here it is just a few days away.

Although we have seen considerable technological developments in the last 30-40 years, it is not quite the sci-fi landscape we thought it might be by now. That being said; there was a special journey, in the world of IT, that has led it to where it is today. Much like the special journey that has brought us to an event even closer than 2020….the premiere of the new Star Wars movie!

A Galaxy Far Far Away 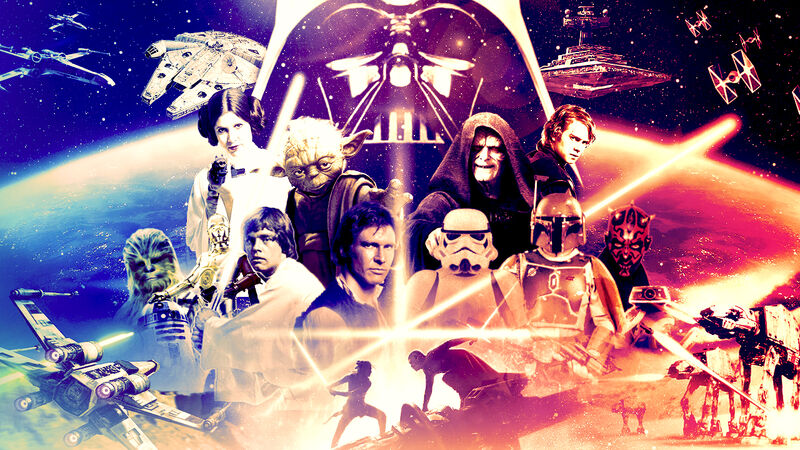 The 9th Star Wars film (or 11th if you include spinoffs) and final installment in the “Skywalker Saga”, Star Wars: The Rise of Skywalker premieres tonight!  Given our close-proximity to this cinematic event as well as the year 2020 being just on the horizon, I decided to recap the saga and highlight technological milestones that occurred within each year that a Star Wars film was released. So, let’s take a look at what happened “a long time ago in a galaxy far, far way” as well as not so long ago right here on planet Earth!

George Lucas creates groundbreaking first Star Wars film that redefined the space-opera as well as the modern blockbuster. It went on to become the highest grossing film of 1977 and ends up spawning a massive franchise (hence how we got here *wink*).

The biggest movie at the time (Star Wars still reigning supreme from its release 3 years prior) now had to attempt to outdo itself with the biggest sequel of all time. And boy did it deliver! From the introduction of classic characters like Yoda and Lando Calrissian, lightsaber duels, a cliffhanger ending, and the infamous “No, I am your father” line…the second entry into the Star Wars story was bigger and better in almost every way and is still revered as the best in the series.

The original trilogy comes to a close with a third film that introduces new planets, new villains, character shifts and the revelation that Luke and Leia are actually twin siblings of the Skywalker lineage! Say whaaat?!

The migration of ARPANET to TCP/IP was officially completed. The new protocols were permanently activated, essentially “giving birth to the internet”.

George Lucas returned to the director’s chair for the first time since the original Star Wars, 22 years prior. With the rise of CGI, he was able to flesh out some of his ideas that had previously been impossible and helm a new trilogy of prequels delving into the origins of Anakin Skywalker and other major characters. Highly anticipated, The Phantom Menace was the highest grossing film of 1999.

A high level of concern arose in 1999 with the fast approach of the year 2000 (or Y2K as we called it back then). The previously unforeseen realization that many systems and programs had been designed around the last two digits of the calendar year, thus making the year 2000 indistinguishable from 1900. Organizations all over the world upgraded their computer systems in anticipation of the problem and very few actual issues occurred. Phew!

The story gets taken a further 10 years down the road from its predecessor, with a new actor portraying Anakin and an even more elaborate look into the backstory of the Star Wars universe.

Funny enough, this entry is also notable from a technological standpoint as it was one of the first motion pictures shot completely on a high-definition digital 24-frame system, as well as being the last Star Wars film to be released on VHS in the United States. The end of an era!

Speaking of the end of eras, the final entry in the prequel trilogy brought us the fall of Anakin Skywalker to the darkside of The Force. Arguably considered the best of the prequel trilogy. Revenge of the Sith was once again the highest grossing film the year of its release. Quite the track record!

Microsoft releases the Xbox 360 gaming console in North America. Storage, memory and computing power that at one time had seemed impossible was now available for home use on a personal gaming system!

The Apple Watch is released. One of the first “smart watches” of its kind. It quickly became the fastest selling wearable device, selling 4.2 million units.

Mark Hamill reprises his legendary role as Luke Skywalker in a big way. Important story pieces get put into place to set up the final entry into the epic 9-part “Skywalker Saga”!

The “WannaCry Ransomware Attack” targets computers around the world.  It infected the Microsoft Windows operating system by encrypting data and demanding ransom payments in the form of Bitcoin cryptocurrency. The attack is stopped within a few days due to emergency patches released by Microsoft. The discovery of a kill switch prevented infected computers from spreading WannaCry any further.

Huge amounts of anticipation abound for the 9th and final chapter. It will wrap up various storylines, resolve cliffhangers, and attempt to satisfy fan expectations! After 42 years, the Star Wars saga finally finishes its sweeping tale, today, December 19th, 2019!

Oh man. Where to begin! As you can see from this timeline, we have come a long way since 1977! From cloud computing, intelligent storage, advancements in Artificial Intelligence, predictive analytics (the list goes on). The techy and fantastical world first laid out in the original Star Wars comes closer to reality every day. Now we can only sit back and see where it takes us from here. The future seems exciting for tech lovers and Star Wars fans both!

May the force be with us all.

Zunesis looks forward to working with you in the next decade and seeing where technology takes us next.