My personal narrated history of the semiconductor market in my lifetime.

For many years, I have been labeled by my friends and peers in the industry as being an AMD fanboy.  In truth, I am a fan of competition and a free market to drive innovation and keep prices affordable for everyone.  In this blog, we will dive into a little history about AMD.  They are very relevant today not only in the PC market but in the Datacenter as well.

It’s Time To Debunk the Myths About AMD

When people think of computer processors, typically the brand Intel comes to mind.  They have been pioneers in the consumer and enterprise microprocessor industry for more than half a century.  The company was founded in 1968 in California by Gordon E. Moore a chemist and Robert Noyce who was a physicist.

Throughout much of the twentieth century advancements in computer processing could most notably be attributed to the Intel corporation. In the mid-1970s, something interesting happened in the microprocessor market. Another American company AMD or Advanced Micro Devices, known at the time to provide licensed second-source manufacturing for Intel and others started to develop and sell their own unique microprocessor designs.

This was the catalyst for consumers and OEMs to have a choice in the marketplace for whom provided their computer processors.  Until that time, Intel had solely provided or licensed others to make the processors for the IBM personal computer and other enterprise products.

Throughout the 80s and 90s, AMD was making licensed copies or clones of Intel processors with relative success. In 1996, AMD released its first in-house designed x86 processor. This competed with the Intel Pentium processors operating at 75-133Mhz.  They weren’t developing anything revolutionary. They were providing a cheaper alternative to Intel and driving innovation to some degree.

This is the era in which I became an AMD customer.  At the time, I could not afford an Pentium based PC. I cobbled together components that I could afford to build my first computer. It was an AMD K6 266Mhz processor and had 16Mb of RAM.   It wasn’t much but I could do my schoolwork on it and it played a few games.

In the early 2000s, AMD released their socketed Athlon processors. They were true game changers as they supported features like on-die L2 cache and double data rate RAM.  Later in 2003, they introduced to the market the first 64bit processor. Beating Intel to the punch and taking the innovation crown for a short period of time.

In 2007, AMD introduced their first server class processor called the Opteron.  The Opteron was a very powerful and viable alternative to Intel’s XEON processor.  Budget conscious businesses had another option when choosing servers for their data centers which wouldn’t break the bank.   During this time frame, multi-core processors were introduced to the marketplace. AMD pursued this trend with positive results.

“At this time in my life, I was working in IT. I finally had some money to build the computers I wanted to build.  Again, I chose AMD because of their price-to-performance ratio compared to Intel.  My thought process involved simple mathematics.  If I was able to achieve 90 percent of the performance of the Intel equivalent for 60 percent of the cost, then it seemed like a good choice. “ #lawofdiminishingreturns

During this time frame, AMD is handedly beaten by Intel by most legitimate metrics.  They did not innovate or develop new core architectures but chose to pile on the physical processing cores.  A strategy that failed them for the better part of a decade.

The consumer products weren’t competitive. The server processors were relegated to budget options and entry level servers for small businesses. Although I owned many computers comprised of this architecture, it was a low point for me. I did lose some faith in the company.   My concerns centered around the lack of competition in the marketplace.  Monopolies are good for no one except Mr. Monopoly whoever that may be.

2016-Today – The enlightenment and salvation 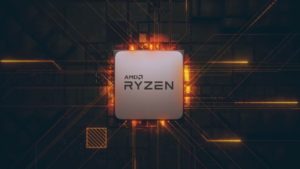 In 2016, AMD introduced the Ryzen or Zen microprocessor architecture to the world. This revolutionary microarchitecture displayed IPC (instruction per clock-cycle) gains of almost 52 percent compared to the previous Bulldozer architecture.  AMD was back in the game in a big way.

In the consumer market, AMD sells processors that were faster than Intel offerings and twice the price.  In the enterprise, AMD has continued to increase core counts with this newest architecture. It has extinguished some of Intel’s market share in the Datacenter.

AMD has released its second iteration of the Zen architecture called Zen 2. The enterprise offering is called 2nd Gen EPYC.  This architecture is truly displacing the Intel offering because it can compete on more than one level.  The IPC is on par and often exceeds the Intel equivalent. The core counts far exceed what Intel has by offering a 64 core/128 thread processor named EPYC 7742.

This processor by itself could facilitate a virtual environment for most small to mid-sized businesses.   The processor is so revolutionary that virtualization/hypervisor companies are changing their licensing models in fear that a single socket host would undercut their profits from licensing.

These solutions offer better performance. Pricing is competitive to the point where they displace any Intel offering. As an unabashed AMD fanboy, I urge you to look at the metrics and decide for yourself.   In almost any computing workload, AMD is a competitive and cost effective option.

Contact Zunesis today for more information on AMD and other IT solutions for your organization.