I am the father of two amazing kids (a girl & boy) and I am now the grandfather of a grandson & a granddaughter.  Each time I hear about a school shooting, my heart goes out to the parents, grandparents, brothers, sisters, and the entire community of those injured or killed.  Each time, my wife and I talk about the number of lives that are forever crushed by such a senseless act.

I also have the honor of leading an IT Organization (Zunesis, Inc.) and an exceptional group of people who make it their business to help make the lives of people better through the application of information technology.  For many years, Zunesis has been providing IT solutions to K12 School Districts in the Western United States.  Video surveillance is used widely within K12 schools and is a useful technology in understanding what has happened after the fact.  For many school shootings, video surveillance has been used as a tool to document what happened when, where and by whom.  These benefits of video surveillance are useful, but they are 100% reactive.  What if we could use a combination of video and Internet of Things (IoT) technologies to attack the problem of school shootings proactively?

How Can Technology Help Prevent Tragedy? 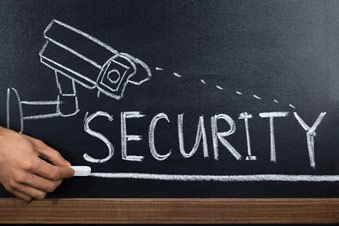 Rapid advancement and innovation in IoT and video analytics may provide a preventative tool to help protect our kids from further senseless shootings.  In a nutshell, the idea is to use higher fidelity 4K video cameras and co-resident video analytics software to monitor school activities, entrances, and exits.  Advances in IoT allow for computer intelligence to be put at the edge of the network and provide an early warning system, alarm system, or possibly a system that triggers automated functions based on what is seen (like locking a door and preventing a would-be perpetrator from entering the school).

In the past, we have used video to go back and examine what has already happened. Often it is viewed in a central location by someone watching a multitude of screens while likely being asked to do other jobs as well.  This new strategy moves the video and intelligence away from a central viewing area and a reactive method, to a proactive, intelligent, at-the-edge approach.  Being able to recognize a person or object that doesn’t belong beforehand could provide additional protections for our kids.  Ultimately, we want to keep the bad guy(s) out of our schools before they cause harm.  In situations where the shooters are students of the school, the video analytics would need to be trained to recognize things that were “out of place” such as large coats (used to conceal weapons) during warm months or students entering the school at unusual times.

High-resolution 4K video cameras and video analytics software allow these IoT systems to perform facial recognition or recognize things that are out of place (like a person wearing a trench coat during a warm month of the year).  Would it be possible to load up a data repository with graphical pictures of teachers, administrators, students and parents who attend and work at the school?  Would it then be possible to implement specific boundaries around allowable entrances and the times those entrances could be used?  The key would be to define which people are “safe” and when they are allowed access to the school.  The next step would be to define what is normal and what is abnormal for the purpose of triggering alarms and notifications.  Over time, machine learning and artificial intelligence could be utilized help monitoring normal behaviors and reacting to behaviors that are inconsistent.

The next big question is cost?  Access to money is always a challenge for our schools. The good news is that 4K video cameras, IoT edge devices, analytics software, and compute and storage solutions (at the edge) are coming down in price.  And because video surveillance is being used widely within our school systems already, these new innovations could be used to upgrade the current video systems.  It is likely that these new IoT video analytics solutions will be more expensive than the current reactive video surveillance solutions, their cost should not be outside the realm of possibility.  Finally, because the K12 market is so large and this need so acute, the technology would surely become more affordable as competition entered the picture and parents, teachers, and politicians became part of the funding discussions.

I recognize that this may sound like a stretch to some, but finding new ways to combat this threat should be considered and IoT and video analytics provide a possible path for that to happen.  I for one am encouraged by these new innovative technologies. I believe in the very near future, we will be able to use technology to proactively protect our kids.