If you have ever read something that I have written in this space, you most likely can guess that I love movies. I would not say I am a movie “buff” or a true “aficionado”, as I don’t actually get to watch as many as I would like. Instead, I am constantly intrigued by the strange, small, or mundane things about the movie industry that end up either making a huge difference in the movies we watch or even affecting our culture in general. 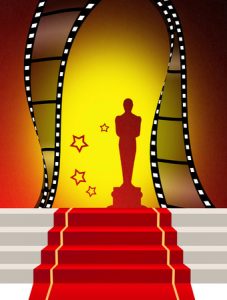 As some of you may know (at least all those not currently on assignment in Antarctica), the movie industry just had its biggest night. The Academy Awards were broadcast across the globe to many avid movie fans, award show viewing parties, and the average casual watcher. The Academy Awards and the people they employ work tirelessly on getting everything in this presentation just right. They want the best lighting and camera angles to highlight some of the most aesthetically pleasing and talented performers on the planet, as well as showcasing the fashion statements they make. They work tirelessly to choreograph everything, so they can perform flawlessly, on a night that is celebrating the many flawless performers in their industry. Year in and year out this awards show is put on with rarely even a small hiccup.

Every year that is, except last year.

You may know what I am talking about.  Last year during the night’s penultimate crescendo, the presenters that were announcing the biggest award in all of moviedom…were given the wrong envelope.  Warren Beatty and Faye Dunaway, the presenters for this award, declared that the movie La La Land won the award for best picture. As the creative team behind La La Land took the stage to accept their award and congratulations were spread around, a producer named Jordan Horowitz was pulled aside by the stage manager Gary Natoli. They both looked at the envelope that Mr. Horowitz was holding. The envelope read that actress Emma Stone won an award for her part in La La Land, not that the movie won the award for best picture. From all accounts Mr. Horowitz was devastated, but went on to do something that was truly remarkable. He took the microphone and the correct envelope and stood up in front of all his peers and roughly about 33 million people and openly admitted there had been a mistake. He then corrected the mistake and announced the real winner of the Best Picture award, the movie Moonlight.

This, of course, caused major waves across all of the entertainment world, social media lost it collective mind, and journalists from around the country took to writing the best and most unique spin on it. Of course, the fallout was swift and severe for some (the two people responsible for the mistake were removed from their positions). After all the dust had settled, and the collective world had moved on to the next big thing, I was still captivated by it. It was not about the mistake, or the fact that it happened. It was not even about the backlash and sensationalism of the “scandal” (even though, again, it was just a mistake). In the end, I could not get over how a person at the very top of his profession, who had worked his whole life to finally achieve this goal and to be awarded with the highest honor in his profession, still had the guts and the moral fortitude to stand forward, admit there was a mistake and correct it. Even though it was not his mistake and he had every out to just walk away from it all.  Hollywood and its culture is constantly and continually debated as to its moral fiber and the mark it has on the general populous, yet out of this hotly debated sector, a person took action to do what is right no matter what the consequences were.

What Would I do?

I have always tried to do what is right in both my personal and my business life. Business ethics is an important part of Zunesis, it is one of the reasons I work and have worked here for so long. It is also important for the vendors we partner with and sell. We do whatever is necessary to treat our customers morally and ethically. That being said, Mr Horowitz’s example, caused me to pause and self-evaluate. Could I do what he what he did? Stand up in front of so many and correct a wrong? After a lot of soul searching, the conclusion is since I have not been in that position, I can’t truly answer that. The answer I can give myself is to strive for improvement each and every day. To focus on doing what is right every time, no matter how hard it hurts, or how much I don’t want to. Not only work to improve myself but to also encourage those around me. No matter how well we have done this in the past, we can always do better. The customers we work with deserve this, our co-workers deserve this, our families deserves this. As you may know, the world of sales can be very cut throat. Doing what is right may lose us a deal, or even a customer. However, I would rather do what is right and lose, then what is wrong and win. I realize this is somewhat personal for a blog post from a technology company, but I felt compelled to share this and to provide a glimpse into the psyche that is Zunesis and its employees. I, in no way, want to say that Zunesis or myself is different or “better” than our peers. Instead I want to highlight what is important to us, as I hope it is important to those reading this. Thank you for reading!

Hello, my name is Tom Savage. I am the VP of Sales and Marketing at Zunesis. I have worked with Zunesis for over 10+ years. I have, and will continue to, work diligently to serve both our customers and my teammates to the best of my ability. My team and I pride ourselves in being responsive to customers and putting the customer first in every situation. We passionately believe that customer service and satisfaction are the differentiator for Zunesis in a crowded marketplace. I enjoy the work that I do, the customers I serve, and the co-workers with whom I work. In my downtime, I enjoy golf, running, being outdoors, and spending as much time as I can with my wife and 3 kids. I also enjoy watching THE Denver Broncos, Penn State Football, and Pittsburgh Penguin Hockey.