Imagine a manufacturing company with an 80,000 square foot plant, multiple exits and shipping docks, 200 employees and several products which are as small as the palm of a hand or as big as the flatbed of a pickup truck.

Obviously a lot of elements to this scenario. Now imagine there has been theft which has been taking place during and after hours of operation. This threat has been going on for at least six months and product loss has started to affect cost of goods.

The specific package for this scenario could be “Anomaly Detection.” Anomaly detection has the ability to pick up on something that is not deemed normal in any environment. For example, if all employees are wearing uniforms, but there’s one individual who is not wearing a uniform and is hanging around an exit door or shipping document, this would send an alert for security to investigate.

Or another example would be if running wasn’t allowed in the facility, and cameras show two or three individuals (wearing uniforms) running towards an exit door. Is there a fire, emergency or are they actually trying to steal something? Another possibility is there is supposed to be 7 employees in a designated area and there are only 6 or more than 7, anomaly detection has the ability to send out an alert to specific personnel to investigate the abnormal activity. 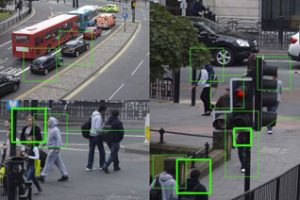 Another package for this scenario could be “Facial Recognition.” Maybe the facility doesn’t have uniforms for its employees, but through the use of Facial recognition, the organization knows exactly who’s working for the company and where their work-station is. Each morning or evening when employees walk, facial recognition could identify all the certified employees. However, what if one person wasn’t identified. Who is he/she? Where is he/she? What is he/she doing? Again, another alert could be sent to Security to investigate.

Maybe there’s a specific section of the plant where the majority of theft is taking place. Facial Recognition could identify the employees who have that work station and Anomaly detection might be able to identify abnormal activity from a specific employee or employees.

This is just one example where video analytics could be useful in so many ways; safety, cost-efficiency, theft prevention, security, etc.

A casino would be able to identify when a ‘high-roller’ walks into their establishment. The concierge would greet that person with the ‘VIP’ treatment (i.e. favorite beverage, favorite table, etc.). It would also be able to identify abnormalities which could spot card-counters or cheating in anyway. Underage gambling may also be reduced due to facial recognition. Addicted gamblers could be removed from the building if they put themselves on a self-ban list.

An issue at the forefront right now and probably the most important issue at hand is children’s safety in schools. Anomaly detection would be able to detect if a person should or should not be in a specific location of the school. Facial recognition could identify whether the person is a student, employee or security guard. If not, alerts can be executed and initiate all sorts of preventative measures (classroom doors auto-lock, 911 notified, security guards sent to the specific area, etc.).

What about school buses? Facial recognition would be able to identify and count the number of children on a specific bus. If John or Jane Smith is not on the bus, an alert would be notified. Anomaly detection could identify bullying or fighting or any abnormal behavior taking place on the bus. What if a random person tried to board the bus?

Again, the options are endless. There will be a lot of learning from a human standpoint and a machine learning standpoint. As listed here, I think we all would agree there are certain areas which need to be implemented as soon as possible.

Peter Knoblock is a Zunesis' Senior Project Manager. His areas of expertise include Compute Integrations, Storage and Networking Installation, and Infrastructure Assessments. Peter has over 20 years in Project Management ranging from syndicated research reports to IT deployments.