Welcome to April 30, 2020. The NFL Draft kicks off in Las Vegas tonight. Can you believe they are building a stage in the Bellagio fountains? The Vegas Golden Knights are entering the second round of the NHL Playoffs on there way to Stanley Cup. The Cleveland Indians have started the season on a tear, projecting a club record 110 wins. LeBron and Anthony Davis win another championship for the Lakers.

Oh wait! Those are some of thing things which did not happen in this version of 2020. For this IT guy, I feel like I am in an episode of my life but Bizzaro World. Its stolen from the likes of Superman Bizzaro World, or one of my favorite Seinfeld episodes, The Bizzaro Jerry. 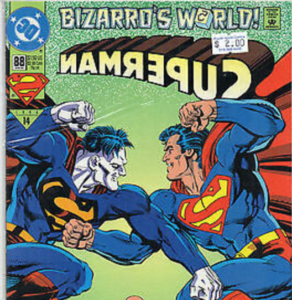 In my Bizzaro world, I do not wander outside of my makeshift office, a.k.a. dining room table. My kids have taken ownership of the office at various times of the day for their online learning activities. I am loving my commute of walking down the stairs. There is usually never any traffic at that time of the morning. Sometimes, my health care working wife (thank you for your service) is leaving at the same time. And I can’t forget to mention, the 15 steps to the kitchen for snacks and meals.

One thing that is not from this Bizzaro World is Microsoft making changes to licensing again. This time its changes to Office 365. Welcome Microsoft 365.

The recent changes were released April 21. They represent Microsoft’s vision for the future. Microsoft integrates the Microsoft Office apps with Artificial Intelligence (AI) and other cutting-edge innovations to work for small and medium sized businesses.

The new name also indicates that Office is more than Word, Excel, and PowerPoint. It includes new apps like Teams, Stream, Forms, and Planner. Even the core apps now include features that often require cloud connectivity and make use of AI.

At this time when we are facing health and economic challenges, there are new capabilities in Microsoft Teams. These include hosting rich meetings and events online, cloud file storage and sharing capabilities. This enables businesses to collaborate from anywhere.

“This new approach to naming our products and the use of the Microsoft 365 brand is designed to help customers quickly find the plan they need – whether an enterprise, SMB or consumer plan,” a spokesperson said.

There are no changes to the following Office 365 plans:

If you already have existing Office 365 plans, you don’t need to do anything. Your Office 365 subscription will automatically be renamed to Microsoft 365. You will see the name of your subscription updated across your Admin Portal and monthly billing statements.

Since 2017, Microsoft 365 has been offered as a licensing bundle for enterprise customers. It provides a combination of Windows 10, Office Pro, and Enterprise Mobility and Security (EMS). These were the first SAAS offerings to include Windows 10 licensing with the subscription. It also offered EMS. This included features such as Azure Active Directory, Azure Information Protection, Microsoft Cloud App Security, Microsoft Advanced Threat Analytics, Microsoft Secure Score, and Microsoft Endpoint Manager (including Microsoft Intune and Configuration Manager).

In addition, Microsoft released Microsoft 365 plans for both home and personal use. These come with the core applications as well as online storage and cloud-connected features that let users collaborate on files in real time. These subscriptions, like all of Microsoft cloud offerings, allow users to have the latest features, fixes, and security updates along with ongoing tech support at no cost. Subscriptions can be paid for on a monthly or yearly basis. The Microsoft 365 Family plan lets users share their subscription with family members up to 6 people. They can use the apps on multiple PCs, Macs, tablets, and phones.

Want to get more information on Microsoft 365 for your organization? Contact Zunesis today.

Hi, my name is Joe Tressler. I am a Solution Architect at Zunesis in the Las Vegas office. I spent the first 20 years of my career in Information Technology on the client side with businesses in the legal and finance fields. My previous stint as Infrastructure Manager helped prepare me for the switch from client to vendor. I have walked miles in the customer’s shoes, so I have a good idea of how they are thinking and how they like to do business. I have a Bachelor's degree in Computer Science, and I am a Microsoft MSCE - Server Infrastructure. In my spare time, I enjoy spending active time with my family hiking, swimming, and playing softball. I am an avid sports fan, favorites being the Cleveland Indians and Pittsburgh Steelers.