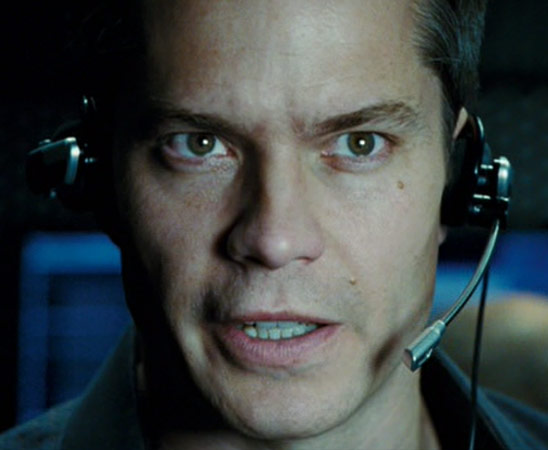 “John, you’re a Timex watch in a digital age” snidely quips Thomas Gabriel, the brilliant, but maniacal, cyber-villain of Live Free or Die Hard, the fourth (and some would argue best) entry in the Die Hard film series.

The “John” in question is, of course, none other than protagonist John McClane, the old-fashioned NYC Police Detective who becomes the reluctant hero in all five Die Hard films. In this particular installment, sophisticated hackers launch a targeted attack on the United States’ infrastructure, gaining control of all government controlled computers, and essentially hold the country for ransom. Can an aging cop with old school tactics hold his own against these advanced and intelligent cyber-terrorists?

Well, first of all…of course he can. We ARE talking about a Bruce Willis movie here (and he always wins, right? Maybe not in The Sixth Sense…but I’ll save that for another blog). By this point in the series, John has already saved dozens of hostages, taken on countless henchmen, and happily exclaimed “yippe-ki-yay” all along the way. His encounters thus far, however, have strictly been with semi-traditional adversaries using semi-traditional means of operation. How then, you might ask, is a fifty-something cop who’s known for being “the wrong guy, in the wrong place, at the wrong time” going to keep pace with such a formidable, high-tech group of foes? By rolling with the punches! Duh! Though he definitely takes matters into his own hands and deals with the situation “the John McClane way”, he does so while also gaining a different perspective, aligning with the proper allies, and obtaining the needed resources that do not come to him naturally (in this case, seeking out help from a couple of virtuous hackers, Matt Farrell and ‘The Warlock’, who are willing to use their talents to aid his cause). Later in the film, after narrowly surviving an onslaught of lethal henchmen, John retorts to Thomas Gabriel, “I know I’m not as smart as you guys at all this computer stuff. But, hey… I’m still alive, ain’t I?”

Although it may seem superfluous, the character arc that I have just laid out brings up an interesting point. Change. We see it in almost every aspect of our lives. Our neighborhoods, our bodies, the media, the stock market, our friends…you name it! The IT industry is no different. From the massive big-data servers of yesteryear to virtualization and advancements in cloud computing…infrastructure and disruptive technologies are constantly evolving and improving. It is how we adapt and move forward with this change that is important. Here at Zunesis, we strive to be the support system that helps customers implement and transition into this change.

This is where the Die Hard analogy comes into play. Bruce Willis’ character from the film series is relatable, simply because he is often a victim of circumstance and forced to react when these seemingly insurmountable situations arise. His old-school style is appealing but it cannot be maintained forever. This becomes evident in Live Free or Die Hard when the villains John McClane is pitted against use tactics that are completely alien to him. Does he completely transform overnight? No. But he does reassess his environment and adapt accordingly. The same can be said of IT. The industry, technology, and processes are constantly changing and it is imperative that the customer base have the means to follow suit.

Zunesis has all the tools to make this happen. We partner with the top technology organizations and our Solution Architects have an average 20+ years of experience. Whether it is hyperconvergence, cloud migrations, hybrid IT, infrastructure refresh, health checks, assessments…you name it! Zunesis is here to help. Nothing must change overnight. A complete 180 is not necessitated. Just a gradual discovery of the exciting new things on the IT horizon. We are here to help! In this scenario, Zunesis is “The Warlock” (watch the movie and you will understand) and you, the customer, are John McClane. That’s right, YOU get to be John McClane! You’re the hero and we are the humble sidekick that helps you accomplish your goals! We are here for all your infrastructure solutions. Just let us know how we can help!

In closing, there are many ways to evaluate your IT environment and ascertain the best ways to prepare for the future. Cost efficiency, security, consolidation, streamlining, and many others can all be addressed. Remember…you’re John McClane! And Zunesis is here to aid you in your quest. Yippe-ki-yay!